Graphs depicting the recycling rates of selected products in 2014 and the MSW recycling rates from 1960 to 2014. Click image to view larger version.
In 2014, 89.5 percent of corrugated boxes were recycled. About 61 percent of yard trimmings were composted. Organic materials such as paper and paperboard, yard trimmings and food were the largest component of MSW generated. Paper and paperboard accounted for over 26 percent, and yard trimmings and food accounted for another 28.2 percent. Plastics comprised about 13 percent of MSW; rubber, leather and textiles accounted for over nine percent; and metals made up nine percent.  Wood followed at over six percent, and glass over four percent.  Other miscellaneous wastes made up approximately three percent of the MSW generated in 2014.

Recycling and composting of MSW results in greenhouse gas (GHG) emissions reduction. In 2014, the 89 million tons of MSW recycled and composted provided an annual reduction of over 181 million metric tons of carbon dioxide equivalent emissions, comparable to the annual emissions from over 38 million passenger cars.

To aid researchers, EPA hosts a collection of historic tables on municipal solid waste generation in America, as well as related scoping studies and research memos.

EPA maintains a list of state and local waste characterization studies; reports are not available for all states. You can search for your state in the table below. 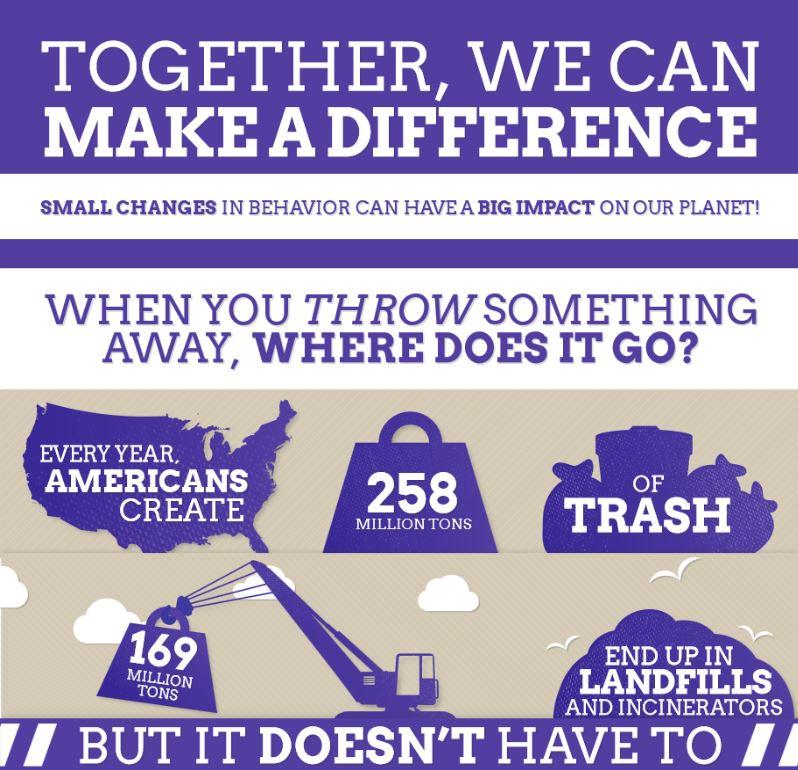 Learn what happens to what Americans throw away - Together, We can Make a Difference Infographic. 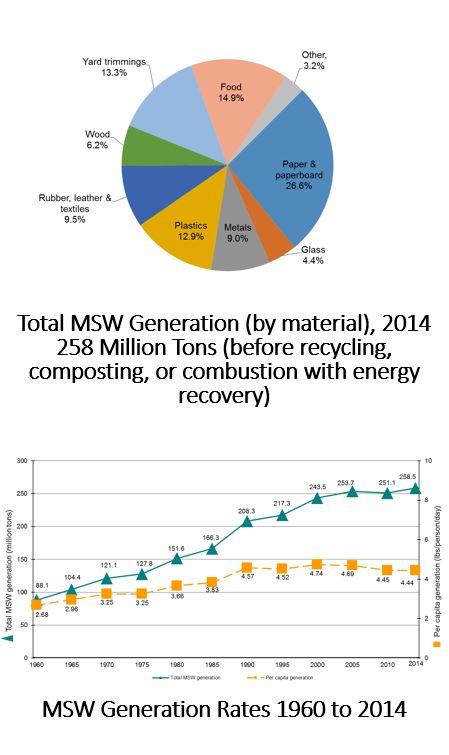