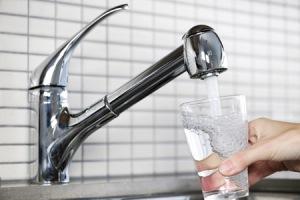 In the United States, nearly 155,000 public water systems provide drinking water to more than 300 million people. These systems also provide water that supports public services such as fire suppression.   Because water systems are vulnerable to contamination, intentionally or accidentally, water security has become a national priority.  As the lead federal agency for water security, EPA plays a critical role in this effort.

A deliberate biological attack on drinking water supplies or infrastructure can affect the public’s health and the economic vitality of affected communities, sparking many questions.

To address some of the questions the public may have during a water contamination emergency, EPA researchers sponsored a study to find out how to improve public understanding of critical information during a water supply contamination event.  The study, Need to Know: Anticipating the Public's Questions During a Water Emergency, consisted of interviews with drinking water professionals and consumers in Boston, Chicago, San Diego, and Charlotte. Each utility serves more than 100,000 customers.

EPA homeland security researcher Scott Minamyer, Ph.D. explains the goal of the study: “….effective communication will greatly influence the degree to which the public takes appropriate protective actions and maintains trust in the ability of the utility and other officials to protect them.”

Anticipated questions regarding a drinking water emergency were similar for drinking water professionals and consumers. Maintaining personal safety and having guidance on appropriate actions mattered most to members of the public. Questions identified in the study included how long before the water was safe to drink and what were the plans to restore the water service. Water utility professionals emphasized the need to know the extent of service disruption; they also considered the need for information about remediating the contamination, controlling the incident, and protecting the public’s health.

Additional questions posed by both the public and professionals were: “Where are alternate sources of safe drinking water? “How can people receive additional information on the contamination?”, and “What are the exposure effects of the contamination?”

Results of the study revealed a general lack of public understanding of drinking water testing procedures. Following an attack and subsequent remediation operations, convincing the public that their water supply is again safe poses substantial challenges. Professionals now recognize that verification by multiple credible authorities will be required.

Other key results of the study include:

Information collected from the study will assist drinking water professionals and decision makers with crisis communication planning and message development in the event of an intentional drinking water contamination.

Results from the study were published in the April 2012 report, Need to Know: Anticipating the Public’s Questions during a Water Emergency.  The research study was conducted in cooperation with The Oak Ridge Institute for Science and Education.