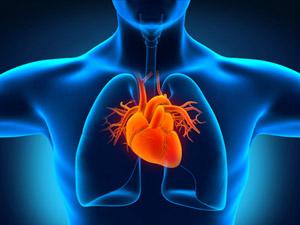 Air pollution is known to cause a variety of health problems, including effects on the heart, nervous, and vascular system. A significant body of research has shown that long-term exposure to fine particulate matter, known as PM2.5, can impact heart disease. These particles can adversely affect the heart if it is weakened by disease.

Air pollution particles are emitted year-round from motor vehicles, power plants, industries, and forest fires and are created when sunlight interacts with vapor and gaseous pollutants. Evidence is also mounting that other air pollutants may affect the heart alone or in concert with particulate matter.

Research continues to focus on the relationship between air pollutants such as PM2.5, ozone and pollutant mixtures, and long-term and short-term effects on the cardiovascular system. The discoveries provide the scientific foundation to review the National Ambient Air Quality Standards and protect the health of the American people.

Researchers are studying air pollutants like ozone, PM, and mixtures to further understand the impacts on the heart and blood vessels and the potential impacts on underlying conditions, including hypertension, diabetes, and obesity.

In order to understand the impacts of air pollution on the heart and cardiovascular system, researchers are studying combustion sources that emit particles and their precursors. Air pollution comes from a variety of natural and man-made sources, including wildfires, power plants, industry, and motor vehicles.

EPA is evaluating tools and methods to help communities, states, and policy makers control and reduce air pollution’s health risks, including those to the heart.