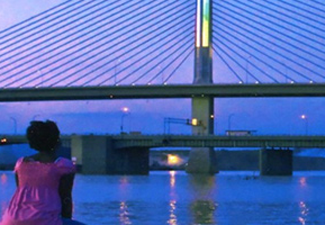 The Western Lake Erie Basin spans the Midwest states of Ohio, Michigan and Indiana. The basin has ten sub-watersheds, including the Upper and Lower Maumee. These extend from the headwaters in Allen County, Indiana and flow northeast through Toledo, Ohio and into Lake Erie.

The Western Lake Erie Basin (WLEB) is almost 6 million acres in size. The basin drains portions of 29 counties into the shallow western third of Lake Erie. Although land is used predominantly for agriculture (60-80%), the basin is home to over two million citizens. The largest metropolitan area in the basin is the port and industrial city of Toledo, Ohio. The WLEB serves as the municipal water source for Toledo.

Western Lake Erie has an average depth of less than 25 feet, yet it supports a commercial fishing industry and recreational opportunities for millions of people. The area is also home to diverse plant and wildlife communities. These include several federal and state endangered and threatened species in the basin such as: