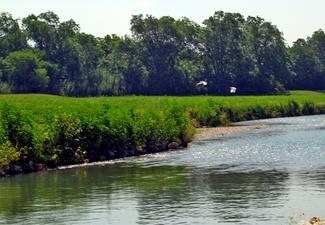 San Antonio’s rivers and creeks have been at the core of the communities that have flourished in the region throughout history. Their significance has spanned from pre-colonial times, to the founding of the San Antonio Missions, to the Riverwalk today.

The San Antonio River and many of the creeks that feed into it are surrounded by an urbanized landscape. This development has damaged local waterways’ ecosystems and isolated large portions of the populace from rivers and streams.

The San Antonio community is making significant investments to maintain connections to its waterways and restore damaged ecosystems. The San Antonio partnership’s goals include: