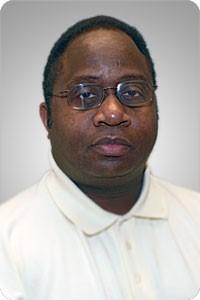 I spent a portion of my professional career as an officer in the US Air Force Research and Development and Acquisition fields as a program manager and as a software engineer and modeler in military aircraft, radar, and sensor simulators, computers, and avionics. I had operational experience in satellites as an Air Force satellite engineering officer for the GPS satellite constellation. Once the satellites were in orbit, we maintained them and made sure that each satellite’s ‘health’ was taken care of.  It was an enjoyable assignment. I also got a chance to teach mathematics at the US Air Force Academy. I taught systems engineering courses and international program management courses for acquisition personnel at the US Air Force Institute of Technology. I was also the Deputy Division Chief of the International Programs Division for Wright Aeronautical Laboratories. After my military career, I was a contractor for Air Force GPS satellite support and aircraft avionics support programs and a US Army communications program for the signal corps (ISYSCON). I also spent time in the telecommunications business sector before I joined EPA in May, 2002. I’ve held a lot of different positions, but there have been three consistent threads throughout my career: software engineering, modeling and programming, and scientific problem solving. That’s what I’m doing now.

My science matters because people need to understand how their exposure to air pollutants can influence their health. They can learn about the risks they are subject to through those exposures and discover any potential mitigation strategies they can use to reduce negative impacts on their health.  Communities need to be able to access resources that will help them implement policy choices and make sustainable decisions in terms of land use, buildings and infrastructure, transportation, and materials management.

What I like most about my research is that the research programs I’ve worked on are in the area where exposure science, human health, statistics, modeling, sustainability, and environmental justice intersect. I get to work on interesting scientific questions and look at them from a variety of perspectives using a number of different tools and problem solving strategies.

When did you first know that you wanted to be a scientist?

I’ve known that I wanted to be a scientist ever since I was a young boy. My dad was a huge influence on my career choice. He was a member of the chemistry department at Temple University back in the fifties and sixties. My brother and I spent a lot of summers and school days off with him at Temple University. I learned a lot from him and his colleagues. My dad gave me three things that really marked the career path I was going down: a microscope, a telescope, and a slide rule.

As a little kid, I always saw my mom and dad reading something: books or magazines—something! And I guess I kind of absorbed that too.

I would be a neurosurgeon. There were three career choices I was considering. My third choice was majoring in particle physics because I had a deep interest in the subject and I had read a lot of books on particle physics and devices like the Tokamak. My second choice was neurosurgery because I’ve always had an interest in the brain and how it controls the body, and its role as the seat of human consciousness. My first choice was aerospace engineering because I was obsessed with the Mercury, Gemini, and Apollo programs, and I always wanted to know how airplanes, missiles, and rockets flew. The National Air and Space Museum and the National Museum of the United States Air Force at Wright-Patterson Air Force Base in Ohio are my two favorite places in the world to go.

What advice would you give students interested in a career in science?

Pursue your interest in science with a passion and a focus that’s unforgiving and relentless. Find people doing the type of science you’re interested in and try to learn from them. Use the internet to find who is doing what in science and connect with them. Go to libraries and bookstores and buy books about scientific subjects you’re interested in.

What do you think the coolest scientific discovery was and why?

The coolest scientific discovery would have to be the laser. When you think about a laser, it’s really a multi-functional device that’s used to do a lot of different things. It can be used to carry communication signals; it can be used to estimate distances; it can be used to assess small movements like when you’re looking at the movement between tectonic plates that are at geological fault lines like the San Andreas Fault. Lasers can also be used to bore holes and cut materials for industrial processes. Lasers can be used to make high-resolution images like they do in the LIDAR process. You can also use lasers to determine time intervals or even to heat materials for various purposes – whether you want to weld something or burn something. You can do just about anything with a laser. It’s a fantastic tool and a great scientific discovery.

In the next 20 years, it will be developing a space vehicle with the associated launch infrastructure, mission planning, and control to land a crew on Mars.

In the next 50 years, it will be for humanity to develop some kind of comprehensive life-cycle approach to resource extraction and production, energy generation, and recycling and waste management so that less than 5% of everything would have to go to a land fill.

And in the next 100 years, there will be a couple challenges. One challenge will be to develop an energy use and generation profile where fossil fuels represent less than a third of the total energy mix.  We will need to not only capture carbon dioxide and other greenhouse gas emissions, but also be able to take what we capture and put it to use. We’ll also need to develop some sort of propulsion system that would replace chemical rockets for long endurance space missions – for human space missions.

If you were stranded on a desert island, which 3 items would you bring?

If Hollywood made a movie about your life, whom would you like to see play you as the lead role?

I think I would like Harry Lennix, the character actor that plays Harold Cooper on the “Blacklist” to be the lead.

What type of food truck would you operate?

It would have to be a mixture of Italian and Greek cuisines. If I had to choose one, it would be a truck that served pizzas, calzones, and maybe some ziti and spaghetti.

If you could have dinner with any scientist, past or present, who would it be and what would you like to ask him or her?

I think that having dinner with Leonhard Euler would result in an interesting conversation. He was primarily a mathematician who invented new areas of mathematics and applied them to fluid mechanics, classical (solid-body) mechanics, physics, optics, astronomy, and structural engineering – all areas that I have studied. I’d get his advice on developing new analytical approaches for estimating pollution concentrations in areas without monitors or sampling activities. My curiosity about the origin of the Euler equation (eip + 1 = 0) would lead to a very long discussion.