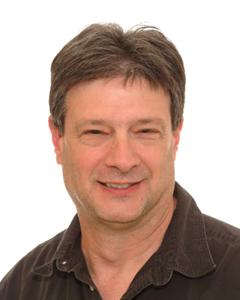 Dr. Tom Knudsen is a developmental systems biologist at EPA's Center for Computational Toxicology. His research focuses on predictive models of developmental toxicity, building and testing sophisticated computer models such as the Virtual Embryo Project. This effort explores the potential for chemicals to disrupt prenatal development—one of the most important lifestages.

In addition to his research at EPA, Dr. Knudsen is an Adjunct Professor at the University of Louisville, Editor-in-Chief of the scientific journal Reproductive Toxicology, and Past-President of the Teratology Society.

Before joining EPA, he was Professor at the University of Louisville.

I am part of an exciting effort to develop new ways to explore development toxicology and prioritize the testing of chemicals using vast amounts of data and biological knowledge, powerful computers, sophisticated computer models, and very large databases. Instead of the conventional approach to developmental toxicology, which over the past 50 years or so has relied on tests conducted on pregnant lab animals, we are developing virtual models that are both faster and less expensive.

For example, in the Virtual Embryo project we are using a suite of screening models that look at the interactions of various chemicals with the complex biology of a developing embryo. We think that these models and tools will be a new way of asking questions about how a pregnant woman's exposure to chemicals in the environment might result in a risk to development.

Our work will help protect human health, greatly increase the number of chemicals we can screen quickly, and reduce costs all at the same time. So I guess it really does matter.

Most days I feel like I have the best job in the country!

The team that I work with consists of bright and exceptionally talented scientists, among them more than a half dozen outstanding young scientists and post-doctoral fellows. As a like-minded team, we strive to unravel complexity in a biological system such as the embryo.

I really enjoy the many opportunities for productive collaboration here at EPA. The opportunity to conceptualize the Virtual Embryo Project and see it grow and evolve has been most gratifying, not only because of the innovative science that it allows, but also because of the opportunities that it presents for professional development of young scientists.

If you could have dinner with any scientist, past or present, who would it be? What would you like to ask them?

Leroy Hood has been an inspiration to me. The question I would ask him is, "Is it better to be a big fish in a small pond or a small fish in a big pond?"

I imagine that he, like many scientists including myself, would opt for the latter. In science, being the small fish in the big pond offers a greater potential for growth and development because you can do what Leroy Hood did and surround yourself with like-minded individuals who are among the best and brightest. Of course, those people are always attracted to the bigger pond.

When did you first know you wanted to pursue science?

When I entered college, I wanted to be a veterinarian. But, that all changed when I took my first college embryology course. Seeing how the body unfolds over the course of minutes to hours across different species and realizing the complex signaling required to orchestrate these changes was just something I couldn't forget.

While I was in college and interested in embryology, I attended a seminar given by E. Marshall Johnson from Thomas Jefferson University. He introduced me to the importance of environmental factors in prenatal development. I have been hooked on a career in science ever since.

What is your educational background?

I got a B.S. in Biology from Albright College in Reading, Pennsylvania, which is where I first met Marshall Johnson. When he visited Albright, he brought along Dr. Elaine Francis, who convinced me to attend graduate school at Thomas Jefferson University, which at the time was leading world research in the study of birth defects. Dr. Francis, who spent most of her career at the EPA, and I have remained close friends and colleagues ever since.

My Ph.D. is in Anatomy and Developmental Biology. From there, I pursued advanced post-doctoral training in cell and molecular biology. I spent a year at Children's Hospital Research Foundation in Cincinnati and then did a National Institutes of Health post-doctoral fellowship at Emory University in Atlanta.

What brought you to EPA?

When Dr. Robert Kavlock started EPA's National Center for Computational Toxicology, he made a strong case that I should relocate to EPA. It was a hard decision because I enjoyed being a professor, but after seeing his vision for computational toxicology, I decided EPA was the right move for me and my expertise in the area of children's health research.

If you were not a scientist, what do you think you would be doing?

That's easy. I'd be playing keyboards in a progressive rock band and travelling the world making loud music—and big bucks. Well, at least the loud music.

Any advice for students considering a career in science?

I think you need to be adaptable. You need to work to your strengths and stay abreast of new advances and new knowledge.

I think it's important that you never wake up feeling like science is drudgery. Once you hit that point then it's time to move on to another pond.