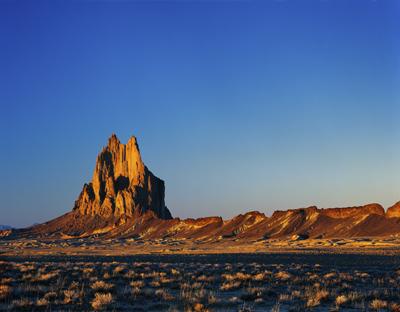 EPA researchers and partners are teaming up to explore how to improve indoor air and health for Navajo Nation.

Seemingly infinite rows of power lines form a grid in the sky over Shiprock, New Mexico, carrying electricity from two coal-fired power plants on Navajo lands to the bright lights of Las Vegas and the sunny streets of Phoenix and Los Angeles. But below the tangle of wires, approximately one-fourth of Navajo households do not have electricity.

Only 25% of Navajo households use electricity for heat. Another 11% use bottled or utility gas. Most burn wood and coal in indoor stoves. And while the latter mentioned solid fuels get the immediate job done—providing adequate heat in the face of below-freezing winter temperatures—their use can also lead to unhealthy air and a host of associated health risks.

A 2010 study by the U.S. Geological Survey (USGS) and Diné College, a local institution chartered by the Navajo Nation, found that more than three quarters of homes surveyed used stoves for heating and around one quarter of households burned coal for heat in stoves not specifically designed for the fuel. In addition, more than a quarter of stoves were ten or more years old, and many were vented improperly and had visible cracks in the chimneys. Some homes had stoves that were not vented to a chimney at all.

EPA’s Burn Wise program, a partnership program that emphasizes the importance of burning practices to help protect homes, health, and the air we breathe, is working with Navajo Nation Environmental Protection Agency to develop educational and outreach materials on best burn tips for reducing coal smoke.

While coal stoves account for a small percentage of home heating nationwide, burning coal, (in coal and wood stoves), is a common practice on the Navajo and Hopi reservations, as well as in parts of Alaska and Appalachia. Burn Wise is working with Navajo Nation to create messages that are culturally relevant and practical for the community and that can also be shared elsewhere.

These conditions can contribute to adverse health impacts in a population facing striking health disparities. The USGS/Dine College study found that households using coal for heat had average indoor levels of fine particulate pollution (PM2.5) that exceed outdoor air quality standards. The study also found that Shiprock residents have more than five times the risk for respiratory disease (such as asthma, bronchitis, and pneumonia) than residents of 76 surrounding areas.

To address the health concerns raised by the 2010 study, EPA researchers Kathleen Stewart and Paul Solomon are working with partners from Diné College and the University of Colorado to determine the most feasible ways to reduce public health impacts from residential heating practices on the Navajo Nation.

The goal is to eventually minimize exposure to coal and wood smoke and reduce levels of indoor air pollution. Study results will provide the Navajo Nation with recommendations for the best alternatives to current practices to reduce indoor air pollution and improve public health in the area.

“We’re looking at all the options to figure out what is available, culturally acceptable, and economically feasible,” says Stewart, a principal investigator who submitted the research proposal for including the work in the Agency’s Regional Applied Research Effort (RARE) program. The RARE program funds and supports research partnerships between Agency scientists and local officials to target high-impact, high-priority research needs.

“A crucial portion of the project is collaboration with Diné College’s Environmental and Policy Institutes. For this project to be successful in identifying appropriate alternatives, it is critical that we understand, respect, and work in harmony with the cultural landscape,” says Stewart. “This project would not be possible without the leadership and technical and cultural knowledge of Dine College professors Perry Charley, Avery Denny, and Barbara Klein.”

There are many factors that contribute to how Shiprock residents choose to heat their homes, including spiritual and philosophical beliefs. Wood and coal are the cheapest types of fuel available locally, with many families receiving free, relatively low-grade coal as a result of an historic mining lease agreement. And with an average winter temperature of 19° F, requiring round-the-clock burning, a lot of fuel is consumed.

Many homes burn wood during the day, then switch to coal at night because it burns much slower. Because few stoves are made to burn both types of fuel, the switch can raise indoor air pollution levels and pose other safety threats.

“It can be a real health and fire hazard to burn the wrong type of fuel in a stove. Coal and wood burn in fundamentally different ways and require different stove designs. It can be especially dangerous to burn coal in a wood stove. Coal burns so much hotter than wood that the fire can burn through the metal in the stove if it isn’t thick enough,” explains Stewart. “Burning wood in a coal stove isn’t a great solution either, as it doesn’t burn efficiently under that design.”

The options the researchers have explored so far include inexpensive, temporary fixes such as improving the ventilation on existing stoves and more ambitious and longer-lasting improvements based on alternative fuels and technologies.

One of the more promising longer-term improvements under examination is passive solar technology. The plan is based on work from Professor Lupita Montoya at the University of Colorado, who was doing comparable research in the Peruvian highlands, a climate similar to that in Shiprock. Work from the Diné Policy Institute also shows that passive solar technology aligns with traditional local teachings of building according to the Sun.

Another, but more expensive, option is to model stove replacement programs where residents would replace their old stoves with newer, cleaner-burning coal, wood, or “combo” stoves, or with gas appliances. Woodstove change-out programs have been successful in Libby, MT, and elsewhere but are costly and would require funding from a large corporation or philanthropic organization.

Stewart is optimistic that the project will not only provide science and information to help Shiprock and other Navajo families improve their home’s indoor air quality, but also will draw support and resources to help fund indoor air quality improvements for Navajo and other Native American families. “My hope is that the project helps raise awareness and that it will help inspire people and organizations to act and to pitch in.”