EPA Science Matters Newsletter: Good for the Climate and Your Health (Published April 2014)

The co-benefits of taking action on climate change. 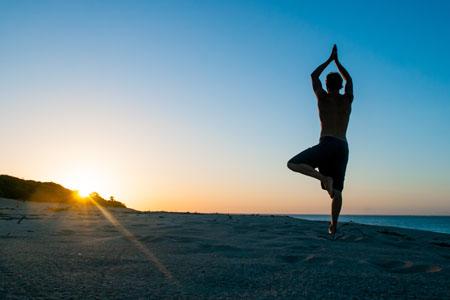 Everyone likes a two-for-one deal, and a study published in Nature Climate Change shows we get such a bargain when we reduce carbon dioxide, an air pollutant also known as a greenhouse gas. Carbon dioxide emissions from cars, trucks, coal-fired power plants and other fossil-fuel-burning sources are causing a threat to our health because of the pollutant’s role in warming the atmosphere and causing climate change.

Scientists at the University of North Carolina at Chapel Hill, EPA, and several other institutions identified co-benefits of reducing greenhouse gases. The study was funded by EPA’s Science to Achieve Results (STAR) program.

The team used computer models to simulate global air quality under two scenarios. One depicted a world with no global policy to limit greenhouse gases, allowing carbon dioxide concentrations to increase from present levels of just under 400 parts per million (ppm) to 760 ppm in 2100. A second scenario simulated global carbon emission reductions to achieve concentrations of 525 ppm in 2100. Scientists then calculated how these two disparate policies would affect other air pollutants, or “co-pollutants,” that are emitted along with carbon dioxide.

Their analysis showed that reductions in greenhouse gas emissions would yield major benefits by improving air quality and public health.

The researchers calculated that the second carbon emission reduction scenario (which includes expected economic growth) would prevent one-half million air-pollution-related premature deaths per year globally in 2030; these benefits would grow to 1.3 million fewer deaths in 2050, and 2.2 million in 2100.

These health benefits are estimated to be equivalent to between $50 and $380 per ton of carbon dioxide reduced globally.

While a single scenario is not enough to draw definitive conclusions about the ramifications of future greenhouse gas emission reductions, the research does suggest there may be multiple benefits to reductions: limiting climate change, reducing other air pollutants at the same time and providing a safer and healthier environment.