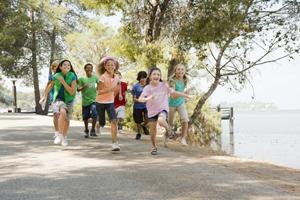 The fight to reduce Americans’ exposure to lead has been one of the most successful and celebrated public health victories in history. In 1976, nearly 9 in 10 children 5 years old and under had high blood lead levels (at or above 10 µg/dl). By 2010, that figure dropped to less than 1% of the same group, a result of action by EPA and its federal partners phasing out lead in gasoline, cutting lead in drinking water, and banning it from residential paint.

The bad news is that when it comes to children’s exposure to lead, any amount can be too much. That is one of the reasons why lead is one of six principal pollutants for which the Agency sets National Ambient Air Quality Standards (NAAQS) under the Clean Air Act. The standards are set to meet EPA’s mandate “to provide public health protection, including protecting the health of sensitive populations such as asthmatics, children, and older adults.”

NAAQS are supported by Integrated Science Assessments (ISAs)—rigorous and comprehensive scientific evaluations of the health and environmental effects of the six criteria pollutants. In addition to lead, they include carbon monoxide, nitrogen dioxide, ozone, particle pollution, and sulfur dioxide.

EPA researchers released the Agency’s Integrated Science Assessment for Lead in June 2013.  It presents an evaluation and synthesis of the latest and most relevant scientific knowledge to help determine the potential health effects of lead in ambient air.

The assessment confirms that the scientific evidence is clear when it comes to lead exposure. Lead can harm a wide variety of organ systems including the nervous, cardiovascular, kidney, immune, hematological, reproductive, and developmental systems. Exposure to lead is also likely to cause cancer.

Lead’s biggest risks are to young children, particularly to their developing nervous systems. “There is a lot of evidence of cognitive effects in populations with low mean blood lead levels, between 2 and 8 µg/dL,” says Ellen Kirrane, a senior EPA scientist who helped guide the lead assessment. “There’s no evidence that there’s any kind of threshold below which scientists can be confident that there are no harmful cognitive effects from lead exposure.”

The lead ISA, which went through peer review that included several drafts and comment periods from 2008 to 2013, also reviews evidence of troubling links between lead and attention deficits, impulsivity, and hyperactivity in older children. The public health significance of the small changes seen in these studies was not clear.

Kirrane noted that the weight of scientific evidence has continued to pile up about the harmful effects of lead at low levels.

“I wouldn’t say there were a lot of surprises,” Kirrane explains. “What we found was that there’s more evidence than there was in 2008, but nothing changed dramatically. The evidence was added to, and it just really confirmed what we thought before.”

“It’s a multi-media pollutant,” Kirrane says. Once in the environment, lead can remain near the soil surface for decades or longer. Lead that was emitted in the past from industrial facilities and through the combustion of leaded gasoline can continue to pose a concern.

Now that leaded gasoline is no longer burned by cars, the biggest sources of lead in the air are from planes flying on leaded aviation fuel (which accounts for half the U.S. emissions), smelting plants, battery makers, coal-burning power plants, industrial boilers, and road surfaces.

The final assessment consists of 1,885 pages of the latest scientific and technical data that detail lead’s effects, as well as pinpointing where it comes from. The report is now being used by EPA’s Office of Air and Radiation and other program offices working to reduce the risks from lead in the environment.

Backed by the best available science, the impact of those new rules will add a new chapter to one of the most successful and celebrated public health victories in history.