On this page:
On other pages:

March 21, 2016
Consistent with the June 20, 2013 announcement, EPA is continuing to provide input to the state of Wyoming in their ongoing investigation of Pavillion groundwater issues. As part of that input, EPA has provided technical comments to the Wyoming Department of Environmental Quality on their draft Pavillion, Wyoming Area Domestic Water Wells Draft Final Report and Palatability Study. EPA’s letter to WDEQ and the accompanying technical comments are linked below:

March 25, 2014
Consistent with the June 20, 2013 announcement, EPA is continuing to provide input to the state of Wyoming in their ongoing investigation of Pavillion groundwater issues. As part of that input, EPA provided a summary/evaluation of information on gas wellbore integrity and pits for consideration by the state of Wyoming. Documents (all in PDF format) are provided below:

September 11, 2013
Consistent with a June 20 announcement, EPA is announcing the discontinuation of the public comment period for the external review of the draft research report, "Investigation of Ground Water Contamination near Pavillion, Wyoming (PDF)" (1 p, 176 K, About PDF). EPA does not plan to finalize or seek peer review of the draft report and will continue to support the State of Wyoming as it investigates water quality in the area.

June 20, 2013
EPA has announced that it will be supporting the State of Wyoming in its further investigation of drinking water quality in the rural area east of Pavillion, Wyoming. While EPA stands behind its work and data, the agency recognizes the State of Wyoming’s commitment to further investigation and efforts to provide clean water and does not plan to finalize or seek peer review of its draft Pavillion groundwater report released in December 2011.

The sampling data obtained throughout EPA’s groundwater investigation will be considered in Wyoming’s further investigation, and EPA will have the opportunity to provide input to the State of Wyoming and recommend third-party experts for the State’s consideration. The State intends to conclude its investigation and release a final report by September 30, 2014.

January 11, 2013
EPA is extending the public comment period for the draft research report to September 30, 2013. During this time, EPA will continue its public outreach activities including meeting with key stakeholders and posting additional technical information on this website. This extension will allow the public additional opportunity to comment on EPA's draft report and the latest round of sampling conducted by EPA and USGS. The Agency will take into account new data, further stakeholder input, and public comment as it continues to review the status of the Pavillion investigation and considers options for moving forward. View the Federal Register notice announcing the extension of the public comment period (PDF) (2 pp, 203 K, About PDF).

November 6, 2012
EPA has updated and corrected the well completion schematics for Monitoring Wells 01 and 02 based on a detailed review of the drillers logs and field notes. View the updated schematics here:

September 26, 2012
The U.S. Geological Survey has released data from samples taken from a Pavillion area monitoring well earlier this year. USGS conducted this sampling at the request of the State of Wyoming and in coordination with EPA. This data will be made available to the independent peer review panel that will review EPA's draft Pavillion groundwater report beginning later this year.

June 2012: Update on sampling activity
EPA, in cooperation with the U.S. Geological Survey, the Tribes, and the State of Wyoming, is re-sampling two monitoring wells the Agency installed in the Pavillion area in the summer of 2010. EPA is also collecting samples from four private and one public water supply well. Sample results, which are expected later this summer, will be posted on this web page. These data will be made available for public comment and included in the peer review process.

March 8, 2012: EPA extending public comment period and delaying peer review to consider additional sampling
EPA and the State of Wyoming recognize the value of further sampling of the deep monitoring wells drilled for the Agency’s ground water study in Pavillion, Wyoming. EPA will partner with the U.S. Geological Survey (USGS), the State, and the Tribes to complete this sampling as soon as possible.

To ensure that the results of this next phase of testing are available for the peer review process, EPA has delayed convening the peer review panel on the Pavillion Draft Report until a report containing the USGS data are publicly available. In addition, EPA is extending the public comment period on the Draft Report through October 2012 to provide additional time for the public to review and comment on the new data. View Federal Register Notice announcing public comment period (PDF)(5 pp, 75 K, About PDF)

January 31, 2012: 622 files have been added to the Site Documents page. The files include additional analytical data and QA documentation.

January 18, 2012: EPA is inviting the public to nominate scientific experts to be considered as peer reviewers of a draft report on the Pavillion ground water investigation. Nominations will be accepted through February 17. Details can be found in the Federal Register notice (PDF).(2 pp, 156 K, About PDF)

December 14, 2011: EPA has released a draft report outlining findings from the Pavillion, Wyoming groundwater investigation for public comment and independent scientific peer-review. See the box at the top right of this page for more information.

November 9, 2011: EPA released the latest data from Pavillion-area domestic and monitoring wells at a public meeting on November 9, 2011. We are sharing this data with the community, Encana, the state, tribes and federal partners as part of an ongoing process to develop sound science about contamination in the aquifer used by Pavillion residents for drinking water.

EPA will release a draft research report summarizing investigation findings. This report will be available for public comment as part of an independent peer-review process coordinated by our Office of Research and Development. 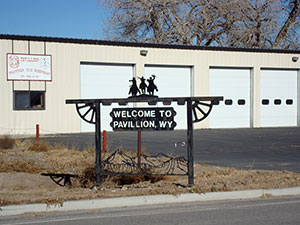 Pavillion, Wyoming is located in Fremont County, about 20 miles northwest of Riverton. In 2003, the estimated population was 166 residents. The concern at the site is potential groundwater contamination, based on resident complaints about smells, tastes and adverse changes in water quality of their domestic wells. Community members contacted EPA in spring 2008.

The Pavillion area has approximately 80 domestic wells. The town of Pavillion provides municipal water to residents through eight groundwater wells. Private water wells just outside the town of Pavillion are used for drinking water, irrigation, and stock watering, and are completed at depths from 50 feet to 750 feet or more. Pavillion is within the Wind River Indian Reservation as described by the Northern Arapaho and Eastern Shoshone Tribes in a pending application for treatment in a similar manner as a state under the Clean Air Act. The site is located west of Boysen State Park. 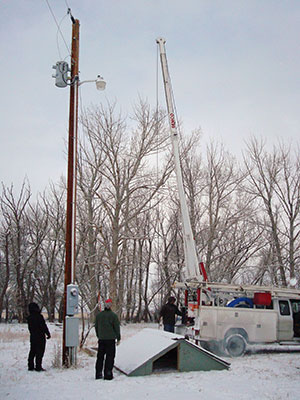 In March 2009 EPA sampled 39 individual wells (37 residential wells and two municipal wells). The purpose of this sampling was to collect data to assess groundwater conditions and evaluate potential threats to human health and the environment. EPA conducted additional sampling in Pavillion in January 2010. This effort included sampling 21 domestic wells within the area of concern, two municipal wells, and sediment and water from a nearby creek. EPA has also sampled groundwater and soil from pit remediation sites, produced water, and condensate from five production wells operated by the primary natural gas operator in the area. EPA installed two monitoring wells in the Pavillion area in 2010. Data collected from these wells will build upon prior sampling events and help us further assess groundwater hydrology and contamination in the aquifer. EPA released the latest data from domestic and monitoring wells at a public meeting on November 9, 2011.

The Pavillion groundwater investigation is being conducted by EPA’s regional office in Denver in collaboration with scientists from our Office of Research and Development.

Best way to open a very large file: right-click and save it to a folder

Click on a thumbnail below to view the full size image.