EPA has recognized organizations and a representative of the U.S. Postal Service for leadership in reducing greenhouse gas emissions and climate action. 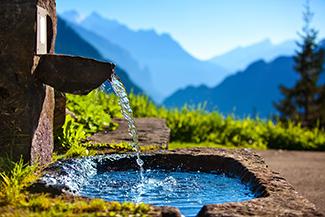 The University of Nevada, Las Vegas, and the University of California, Riverside, both received funding to research the human and ecological health impacts associated with water reuse and conservation. The grants were announced in conjunction with a White House Water Summit, which was held to raise awareness of water issues.

Restoration and Renewal in Fresno

In early March, the city of Fresno broke ground on the restoration of the Fulton Street Pedestrian Mall, celebrating the culmination of work by Fresno with long-term technical assistance and funding by the White House Strong Cities, Strong Communities Initiative.

EPA and the Department of Justice settled a Clean Air Act case with the J.R. Simplot Co. The company will spend over $40 million on pollution controls that will significantly cut sulfur dioxide emissions at five plants in three states, including one in Lathrop, Calif. Simplot will also fund a project to reduce particulate matter pollution in the San Joaquin Valley by providing incentives to residents to replace or retrofit wood-burning stoves and fireplaces with cleaner-burning, energy efficient appliances.

Food recovery is our theme for Earth Day 2016!
Learn what you can do!