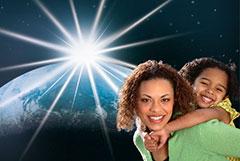 There is so much we can do each and every day to help protect the environment and the climate, while keeping our families healthy and saving money. Reducing food waste, using energy-efficient appliances, conserving water, and recycling are some of the many ways we can care for the earth every day of the year.

Progress in the Pacific Southwest 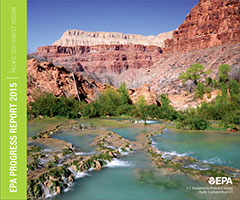 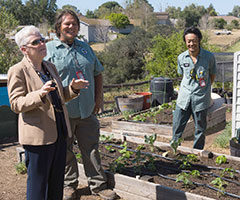 EPA Administrator Gina McCarthy visited the Santa Ynez Band of Chumash Indians' reservation in March. While there, she met with tribal leaders and staff to discuss the tribe's commitment to environmental protection and learn about the tribe's recent work with the EPA. She toured the reservation, seeing the drought-resistant landscaping, garden, and nursery.

A Clean Water Rule for Everyone 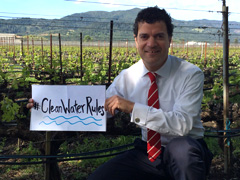 EPA is finalizing a Clean Water Rule to protect critical streams and wetlands that are currently vulnerable to pollution and destruction. EPA has held more than 400 meetings across the country and received more than one million public comments from farmers, manufacturers, business owners, hunters and anglers, and others. This input will be reflected in the final rule.

Cleaning Up a Superfund Site

EPA reached a $1.4 million settlement with 337 small parties, called de minimis parties, for the Casmalia Resources Superfund site in southern California. The settlement requires the parties to pay a proportionate share of the estimated $284 million total cost of cleaning up the site and resolves their liability for the more than a million pounds of waste they collectively sent to Casmalia. The funds collected in this and other settlements will be used to clean up the site.

Environmental education increases public awareness and knowledge about environmental issues or problems. In doing so, it provides the public with the necessary skills to make informed decisions and take responsible action.

The projects selected under this RFP will protect the environment and public health in the U.S.-Mexico border region, consistent with the principles of sustainable development.