State and Federal Nutrient Reduction Strategies
State development and implementation of nutrient reduction strategies are a major focus of the Hypoxia Task Force (HTF). The first Action Item of the 2008 Action Plan calls for HTF states to develop by 2013 “comprehensive nitrogen and phosphorus reduction strategies encompassing watersheds with significant contributions of nitrogen and phosphorus to the surface waters of the Mississippi/Atchafalaya River Basin (MARB), and ultimately to the Gulf of Mexico.” State-level strategies allow for a more detailed basis for developing and implementing load reductions and provide a vehicle for coordinating with federal agencies and other MARB states.

Having each state develop and implement its own strategy provides flexibility for tailoring the strategy’s approach and components. At the same time, the HTF recognizes that all state strategies need to include certain essential components that need to be in every state strategy to achieve goals. States are generally following the framework described in a 2011 EPA Memo.

States continue to develop state nutrient reduction strategies that contain tailored methods for reducing nutrients in their state. Some states have already completed their strategies, while others continue to work on completing draft and final documents. Learn more about each state below. 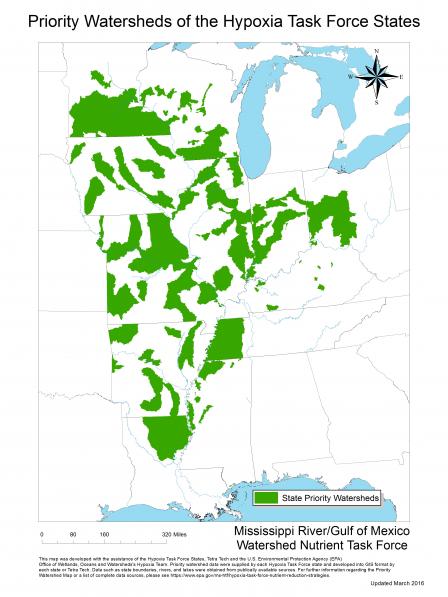