The EPA Mid-Atlantic Region and the Chesapeake Bay Trust, in partnership with Maryland’s Department of Natural Resources, provided $727,500 in grants to 15 organizations through the G3 program in 2015.

The program was created in 2011 to improve local, grassroots-level greening efforts that reduce stormwater runoff through the creation of “green streets,” the increase in urban green spaces, and the reduction of impervious surfaces. In five years, more than $11 million has been generated for the program.

Among the 2015 grantees is Parks & People Foundation Exit, which is leading an effort at Sarah’s Hope to replace asphalt and concrete on the property with an environmentally-friendly community green space and outdoor playground area.

The G3 grants to groups in Maryland, Pennsylvania and Virginia will be used to expand urban tree canopies, create bioretention cells, and accomplish other green infrastructure activities. Seven of the 15 grants will benefit Baltimore, specifically.

The $75,000 grant to Parks & People Foundation will be used to tear up the hard surfaces at Sarah’s Hope that during storms send rain water rushing into streets and drains, leading to flooding and pollution problems. The surfaces will be replaced with lawn, shade trees, native plants and other green features that will let the rain soak in.

The G3 grant will tie into a larger Baltimore City-led project designed to create public open space, a playground area and a community garden at the site, which is now almost fully covered with impervious surface. The work will improve the property for shelter residents and the community at large, and transform the appearance of the Sandtown-Winchester neighborhood.

“This is very important,” said Xiaoxue Huang of Parks & People. “This will be open to the public and it is really going to change the neighborhood.” 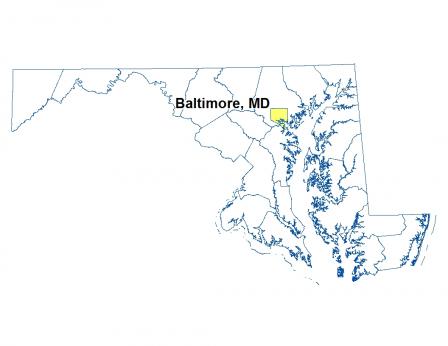