PM2.5 is a mixture of small particles (2.5 micrometers in diameter and smaller) and liquid droplets. When inhaled, fine particles can reach deep into the lungs and may enter the bloodstream. Inhaling PM2.5 can cause serious health effects – especially for young people, the elderly and those with respiratory diseases such as asthma. Diesel exhaust from locomotives also contains carbon monoxide, benzene, formaldehyde, nitrogen oxides and other harmful pollutants. 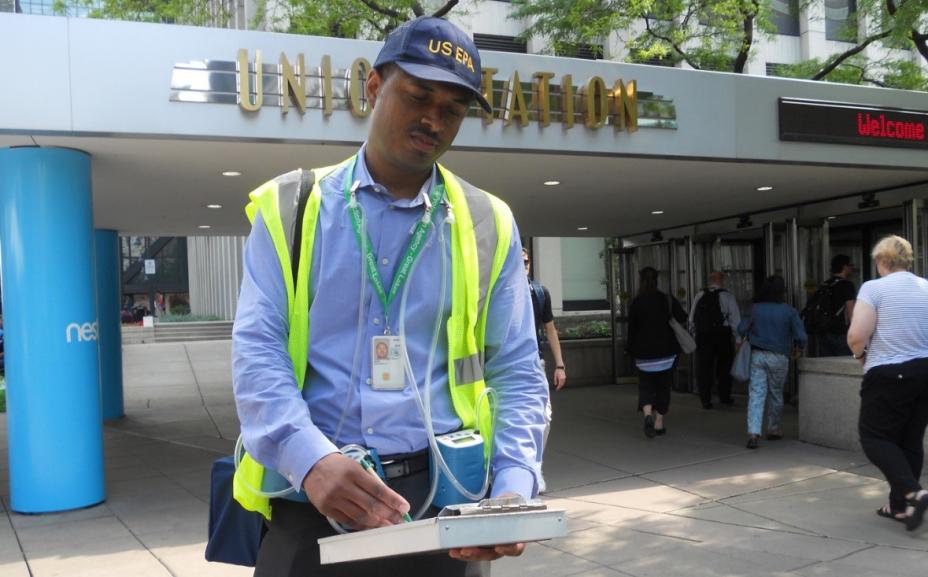 Environmental scientist Anthony Ross is shown with the portable monitors being used in EPA’s air monitoring study at Union Station in Chicago.