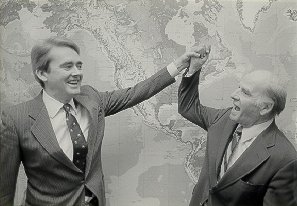 It may be hard to imagine that before 1970, a factory could spew black clouds of toxic into the air or dump tons of toxic waste into a nearby stream, and that was perfectly legal. They could not be taken to court to stop it.

How was that possible? Because there was no EPA, no Clean Air Act, no Clean Water Act. There were no legal or regulatory mechanisms to protect our environment.

In spring 1970, Senator Gaylord Nelson created Earth Day as a way to force this issue onto the national agenda. Twenty million Americans demonstrated in different U.S. cities, and it worked! In December 1970, Congress authorized the creation of a new federal agency to tackle environmental issues, the U.S. Environmental Protection Agency.