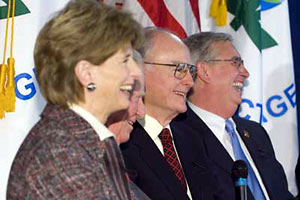 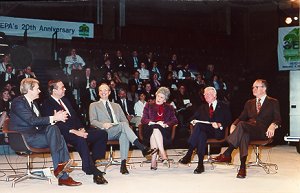 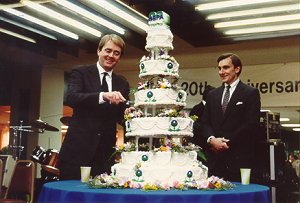 From regulating auto emissions to banning the use of DDT; from cleaning up toxic waste to protecting the ozone layer; from increasing recycling to revitalizing inner-city brownfields, EPA's achievements have resulted in cleaner air, purer water, and better protected land.

This page provides links to reports, speeches, websites and other information about EPA's achievements through its history. Often this information is published to mark a major EPA anniversary. Unlinked material below is now in the EPA Archive. To find the material, click on the Search EPA Archive button and copy the name of the topic into the search box on the archive home page. To ensure the best search results, be sure to put quotes around the name of the topic.

You can also view milestones in EPA and environmental history on the timeline on the EPA History home page.