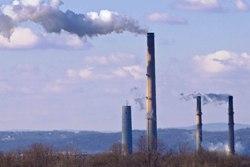 This initiative has focused on ensuring that large industrial facilities, like coal fired power plants and acid, glass and cement manufacturing facilities, comply with the Clean Air Act when building new facilities or making modifications to existing ones. This initiative has resulted in significant cuts in air emissions, especially from coal fired power plants, since it began in 2005. EPA will continue to monitor the progress of existing settlement agreements to ensure actions required under those settlements are implemented and air pollution reduction targets are met.

Progress on Reducing Air Pollution from the Largest Sources