How Do Emissions Trading Programs Work? 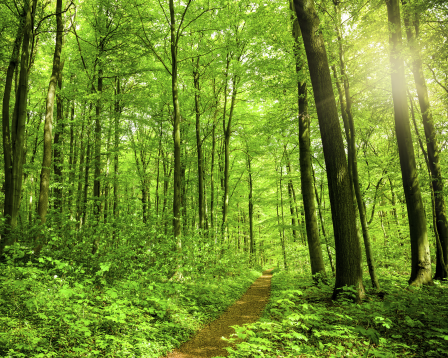 In some programs, such as the Cross-State Air Pollution Rule (CSAPR), the program is implemented in phases, meaning that the pollution limit is reduced over time.

Affected sources, such as power plants, that are included in an emissions trading program receive allowances that authorize a certain amount of pollution. For example, in EPA’s Acid Rain Program, each allowance authorizes a source to emit one ton of sulfur dioxide (SO2). Depending on the program, sources receive allowances in different ways, such as free allocations or auctions. Once an affected source has an allowance, the source can decide whether to use it for compliance, trade it in the allowance market, or save that allowance for compliance in the future.

Emissions trading programs provide affected sources with the flexibility to choose among many options to comply with the environmental goal.

For example, a power plant can:

Sources can also purchase allowances from the market, which provides the incentive for other affected sources to reduce their emissions more than necessary so that they can sell or bank surplus allowances. The ability to bank allowances for later use often means that sources reduce pollution below the limit in early years, sometimes referred to as “overcompliance,” resulting in greater environmental protection sooner than required by the program.

For an affected source to comply with the program, the source must hold enough allowances at the end of a compliance period to account for the amount of pollution they emitted. If a source does not have enough allowances to account for its emissions, they face an automatic penalty. Under the Acid Rain Program, for example, the source must surrender future compliance year allowances to offset the amount of the allowance shortage plus pay an automatic monetary penalty of $2,000 per ton, adjusted for inflation.  Other programs, such as CSAPR, require an automatic allowance surrender penalty of two additional allowances from a future compliance year for each ton for which they did not surrender a valid allowance.