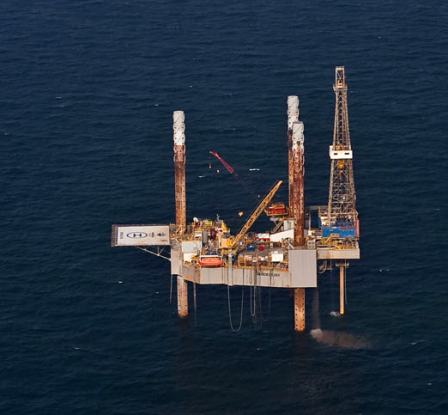 EPA promulgated the Oil and Gas Extraction Effluent Guidelines and Standards (40 CFR Part 435) in 1979, and amended the regulations in 1993, 1996, 2001 and 2016. The regulations cover wastewater discharges from field exploration, drilling, production, well treatment and well completion activities. These activities take place on land, in coastal areas and offshore.
The Oil and Gas regulations apply to conventional and unconventional oil and gas extraction with the exception of coalbed methane. The regulatory requirements are incorporated into NPDES permits.
On this page:

What is the Oil and Gas Extraction Industry?

These activities are included within NAICS code 211111, Crude Petroleum and Natural Gas Extraction. (Note: the NAICS group listings are provided as a guide and do not define the coverage of the Oil and Gas regulations. For precise definitions of coverage, see the applicability sections in 40 CFR Part 435.)

The Oil and Gas regulations apply to facilities organized into 5 subcategories:

EPA has not promulgated effluent limitations guidelines and standards for pollutant discharges from coalbed methane extraction facilities. EPA had initiated a coalbed methane rulemaking, but announced its decision to discontinue this effort in Fall 2014.

BPT limitations for Offshore; Onshore; Coastal; and Agricultural and Wildlife Water Use subcategories

For additional information on other requirements in Part 435, please contact Ron Jordan (jordan.ronald@epa.gov) or 202-566-1003.