What is carbon dioxide capture and sequestration?

Carbon dioxide (CO2) capture and sequestration (CCS) is a set of technologies that can greatly reduce CO2 emissions from new and existing coal- and gas-fired power plants and large industrial sources. CCS is a three-step process that includes:

The figure below illustrates the general CCS process and shows a typical depth at which CO2 would be injected. 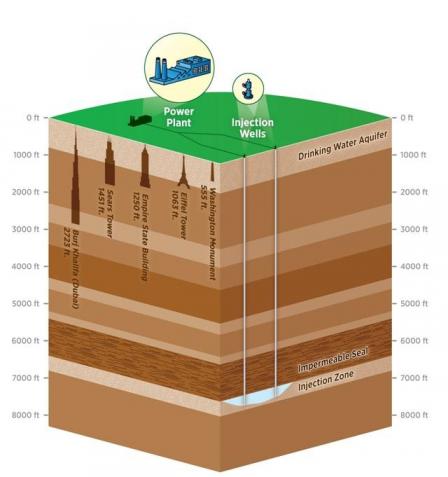 Why is it important?

Carbon dioxide (CO2) capture and sequestration (CCS) could play an important role in reducing greenhouse gas emissions, while enabling low-carbon electricity generation from power plants. As estimated in the U.S. Inventory of Greenhouse Gas Emissions and Sinks, more than 40% of CO2 emissions in the United States are from electric power generation. CCS technologies are currently available and can dramatically reduce (by 80-90%) CO2 emissions from power plants that burn fossil fuels. Applied to a 500 MW coal-fired power plant, which emits roughly 3 million tons of CO2 per year,[1] the amount of GHG emissions avoided (with a 90% reduction efficiency) would be equivalent to:

CCS could also viably be used to reduce emissions from industrial process such as cement production and natural gas processing facilities.

What sources of carbon dioxide can it be applied to?

Carbon dioxide (CO2) capture and sequestration (CCS) can significantly reduce emissions from large stationary sources of CO2, which include coal- and natural-gas-fired power plants, as well as certain industry types such as ethanol and natural gas processing plants. EPA's Greenhouse Gas Reporting Program includes facilities that capture CO2 for the purpose of supplying the CO2 to the economy or for injecting it underground (Subpart PP). According to the Greenhouse Gas Reporting Program, CO2 capture is currently occurring at over 120 facilities in the United States, mainly on industrial processes, and the CO2 is used for a wide range of end uses. End uses of CO2 include enhanced oil recovery (EOR), food and beverage manufacturing, pulp and paper manufacturing, and metal fabrication. The figure below shows the portion of CO2 that is currently being captured from power plants and other industrial facilities and the portion that is extracted by production wells from natural CO2 bearing formations in the United States. The second figure shows the various domestic end uses of captured and extracted CO2. (Note that natural sources of CO2 are not considered in the Total CO2 Supply End Uses figure). As CCS becomes more widespread, it is expected that the portion of CO2 captured in the United States from power generation and industrial processes will increase. 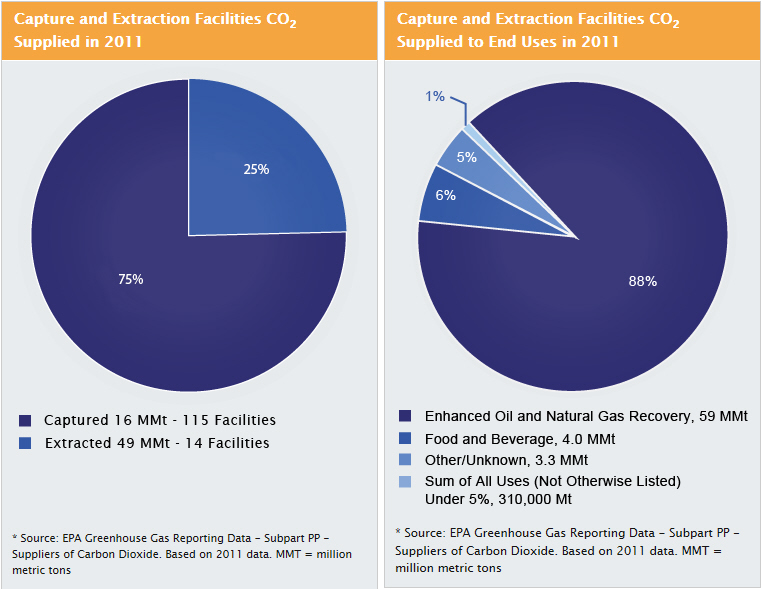 Where can captured carbon dioxide be stored?

After capture, carbon dioxide (CO2) is compressed and then transported to a site where it is injected underground for permanent storage (also known as "sequestration"). CO2 is commonly transported by pipeline, but it can also be transported by train, truck, or ship. Geologic formations suitable for sequestration include depleted oil and gas fields, deep coal seams, and saline formations. The U.S. Department of Energy estimates that anywhere from 1,800 to 20,000 billion metric tons of CO2 could be stored underground in the United States.[2] That is equivalent to 600 to 6,700 years of current level emissions from large stationary sources in the United States.[3]

Potential sequestration sites must undergo appropriate site characterization to ensure that the site can safely and securely store CO2. After being transported to the sequestration site, the compressed CO2 is injected deep underground into solid, but porous rock, such as sandstone, shale, dolomite, basalt, or deep coal seams. Suitable formations for CO2 sequestration are located under one or more layers of cap rock, which trap the CO2 and prevent upward migration. These sites are then rigorously monitored to ensure that the CO2 remains permanently underground. The safety and security of CO2 geologic sequestration is a priority for EPA. 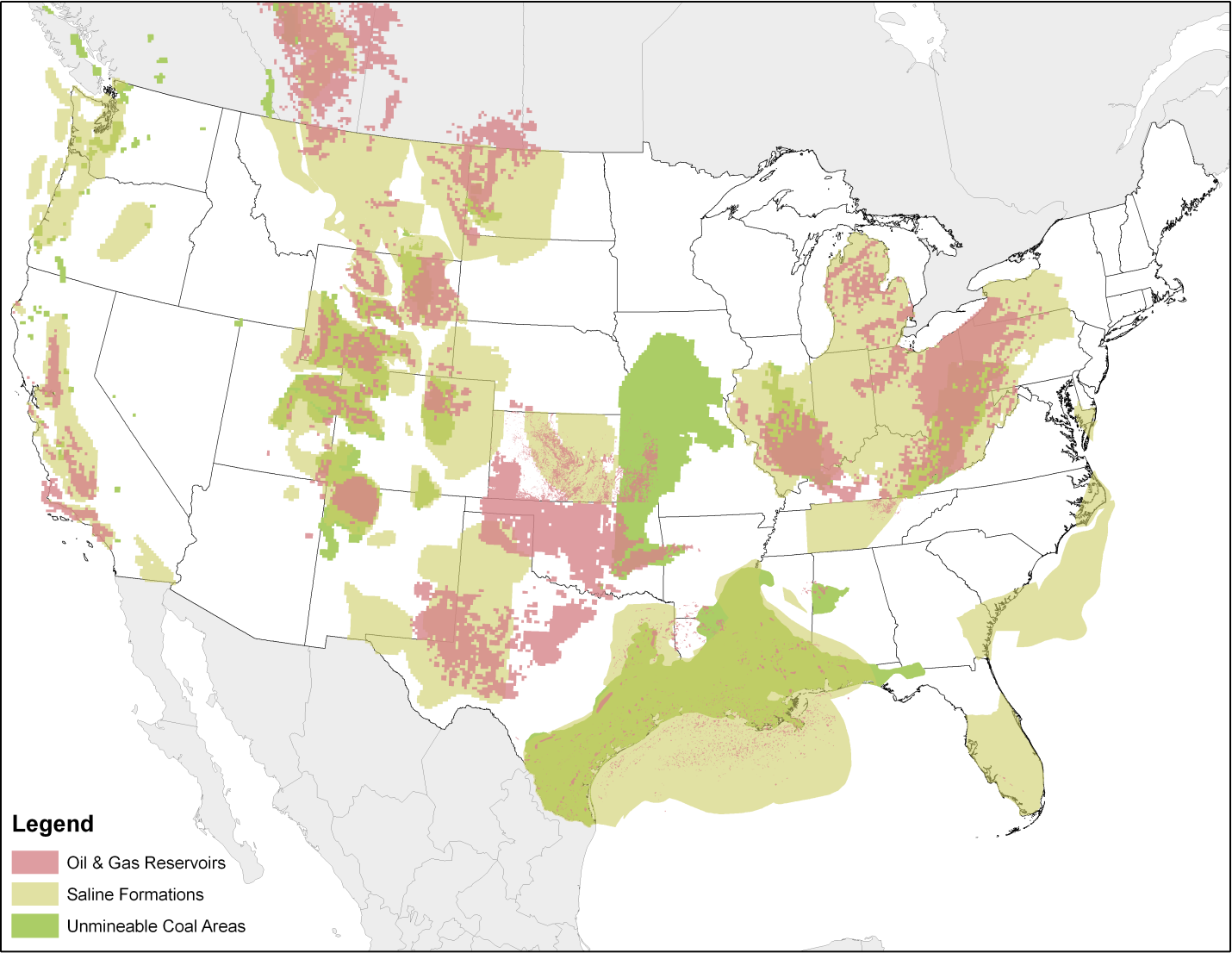 [1] MIT (2007) The Future of Coal: Options for a Carbon-Constrained World, Exit Massachusetts Institute of Technology, 2007.