As a society, we have structured our day-to-day lives around historical and current climate conditions. We are accustomed to a normal range of conditions and may be sensitive to extremes that fall outside of this range.

Some groups of people will likely face greater challenges than others. Climate change may especially impact people who live in areas that are vulnerable to coastal storms, drought, and sea level rise or people who live in poverty, older adults, and immigrant communities. Similarly, some types of professions and industries may face considerable challenges from climate change. Professions that are closely linked to weather and climate, such as outdoor tourism, commerce, and agriculture, will likely be especially affected. 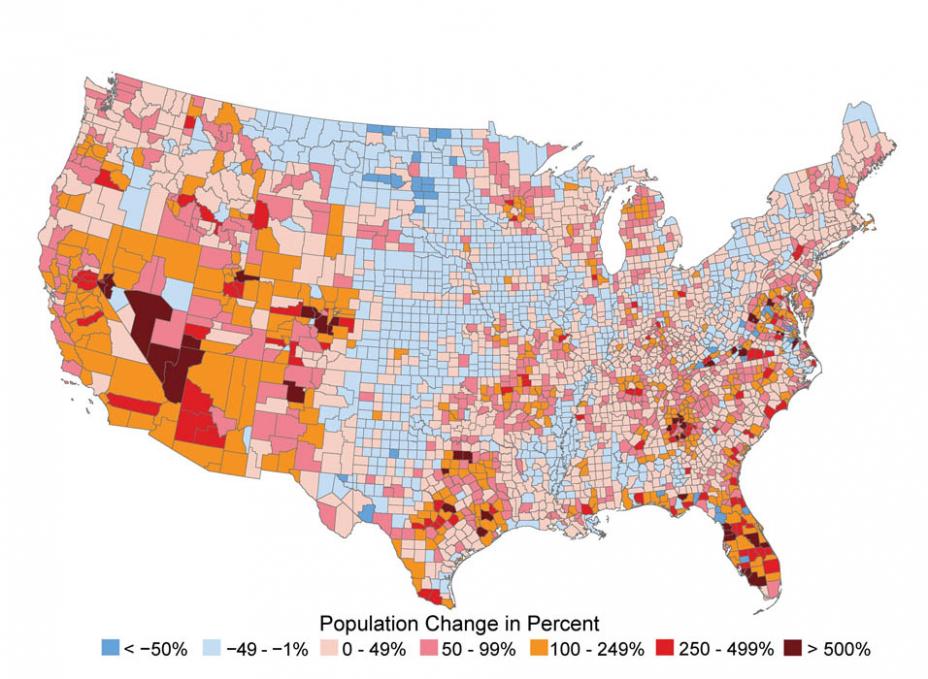 Impacts on Vulnerability and Equity

Projected climate change will affect certain groups of people more than others, depending on where they live and their ability to cope with different climate hazards. In some cases, the impacts of climate change are expected to worsen existing vulnerabilities.

Where people live influences their vulnerability to climate change. 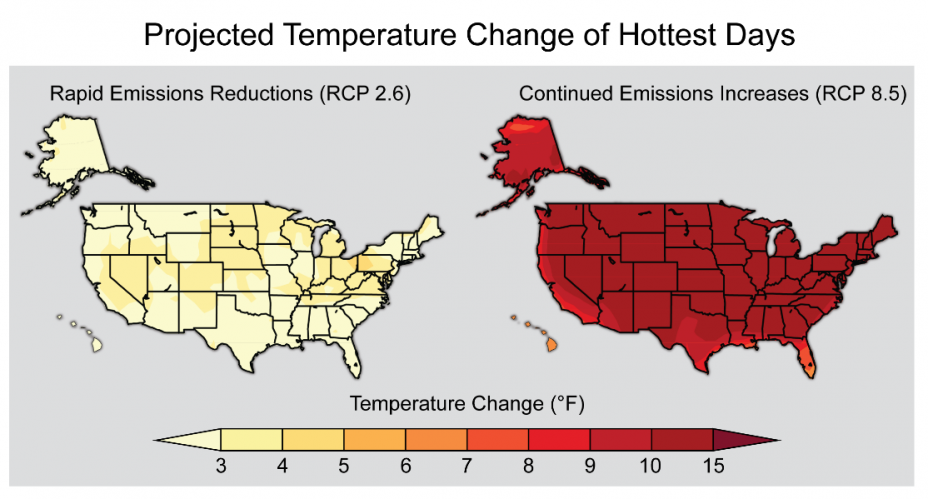 The average temperature on the hottest days (i.e., those that occur only once in 20 years) are projected to increase by the end of the century relative to 1986-2005. Those days will be 10°F to 15°F hotter under the ”continued emissions increases” scenario by 2100. USGCRP (2014) 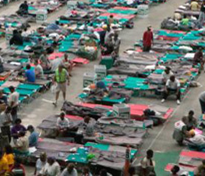 Thousands of New Orleans evacuees relocated to the Houston Astrodome after Hurricane Katrina in 2005. Source: FEMA (2005)Ability to Cope

Indigenous communities and tribes are diverse and span the United States. While each community and tribe is unique, many share characteristics that can affect their ability to prepare for, respond to, and cope with the impacts of climate change. These include:

Climate change can impact the health and well-being of indigenous tribes in many ways. Climate change will make it harder for tribes to access safe and nutritious food, including traditional foods important to many tribes’ cultural practices. Many tribes already lack access to safe drinking water and wastewater treatment in their communities. Climate change is expected to increase health risks associated with water quality problems like contamination and may reduce availability of water, particularly during droughts.

By affecting the environment and natural resources of tribal communities, climate change also threatens the cultural identities of Indigenous people. As plants and animals used in traditional practices or sacred ceremonies become less available, tribal culture and ways of life can be greatly affected.   Learn more about climate change and the health of indigenous populations.

City residents and urban infrastructure have distinct sensitivities to climate change impacts.[1] For example, heat waves may be amplified in cities because cities absorb more heat during the day than suburban and rural areas.

Cities are more densely populated than suburban or rural areas. In fact, about 80% of the U.S. population lives in urban areas. As a result, increases in heat waves, drought, or violent storms in cities would affect a larger number of people than in suburban or rural areas.[1]  Higher temperatures and more extreme events will likely affect the cost of energy air and water quality, and human comfort and health in cities.

City dwellers may also be particularly susceptible to vulnerabilities in aging infrastructure. This includes drainage and sewer systems, flood and storm protection assets, transportation systems, and power supply during periods of peak demand, which typically occur during summer heat waves.

Impacts on Economic Activities and Services 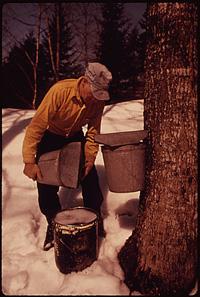 Sugarmaker harvesting maple syrup near Randolph Center, VT. Source: National Archives (1974)Certain areas of the United States benefit from being located close to natural resources that support the local economy. Climate change could threaten these resources, as well as the goods and services they produce and the jobs and livelihoods of those who depend upon them.[1] For example, climate change will likely affect farming communities, tourism and recreation, and the insurance industry.

The graphic above helps to visualize how the different types of identified U.S. Billion-dollar disaster events have changed over time. For earlier years, the graphic shows events with less than $1 billion in damage at the time of the event, but after adjusting for Consumer Price Index (inflation), now exceed $1 billion in damages.