The Clean Air Act has a proven record of public health and environmental protection since 1970.

More information on the national progress toward clean air

For more than forty-five years the Clean Air Act has cut pollution as the U.S. economy has grown.

Because of the Act, Americans breathe less pollution and face lower risks of premature death and other serious health effects.

A peer-reviewed EPA study issued in March 2011 found that the Clean Air Act Amendments of 1990 are achieving large health benefits that will grow further over time as programs take full effect.

This chart shows the health benefits of Clean Air Act programs that reduce levels of fine particles and ozone.

EPA has required dramatic reductions in emissions from new motor vehicles and non-road engines - such as those used in construction, agriculture, industry, trains and marine vessels -- through standards that require a combination of cleaner engine technologies and cleaner fuels. In 2013, EPA estimated the benefits of five key standards to cut emissions from vehicles, engines and fuel to 2030. 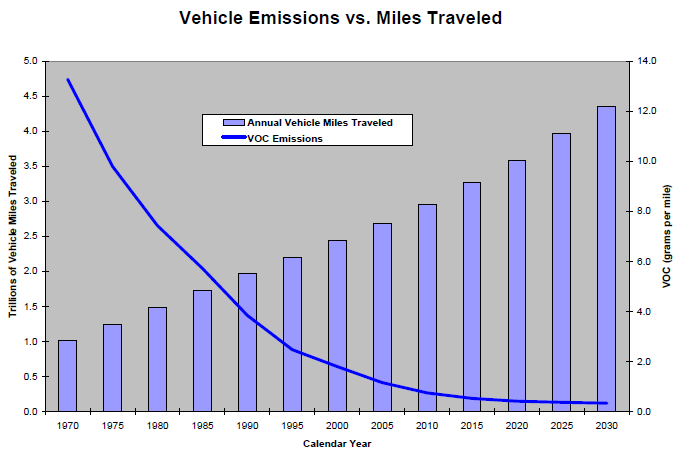 Power plants have cut emissions that cause acid rain and harm public health.

Interstate air pollution has been reduced.

Actions to protect the ozone layer are saving millions of people from fatal skin cancers and eye cataracts. 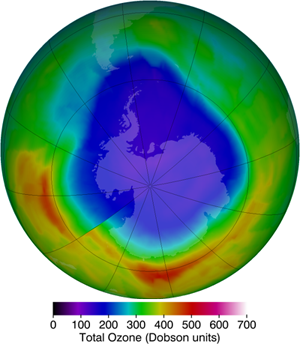 The scenic vistas in our national parks are clearer due to reductions in pollution-caused haze.

EPA has taken initial steps under the Act to limit emissions that cause climate change and ocean acidification.

The Act has prompted deployment of clean technologies, and has helped provide impetus for technology innovations that reduce emissions and control costs.

<Learn more about the CAA and the economy>

4 Mobile emissions estimates are based on modeling runs conducted using the MOVES2010 highway vehicle emissions modeling system and the NONROAD2008 emissions model for nonroad sources, as well as historical and projected activity and emission rate data for aircraft, marine vessels and locomotives.

5 Estimates of the change in national benzene emissions are based on benzene ambient air monitoring data in EPA's Air Quality System (U.S. EPA, 2010), using the subset of benzene monitoring stations that have sufficient data to assess trends since 1994.