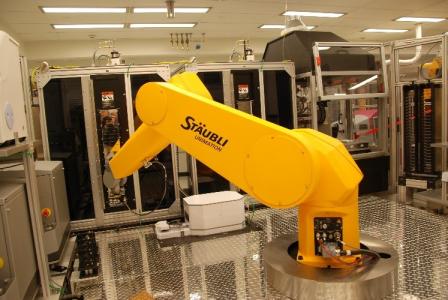 Toxicology in the 21st Century (Tox21) is a federal collaboration among EPA, NIH, including National Center for Advancing Translational Sciences and the National Toxicology Program at the National Institute of Environmental Health Sciences, and the Food and Drug Administration. Tox21 researchers aim to develop better toxicity assessment methods to quickly and efficiently test whether certain chemical compounds have the potential to disrupt processes in the human body that may lead to negative health effects. One of EPA’s contributions to Tox21 are the chemical screening results from the Toxicity Forecaster (ToxCast). Learn more about the mission and goals of the Tox21 program.

Using a high-throughput robotic screening system housed at NCATS, researchers are testing 10,000 environmental chemicals (called the Tox21 10K library) for their potential to disrupt biological pathways that may result in toxicity. Screening results help the researchers prioritize chemicals for for further in-depth investigation. Learn more about NCATS role in the Tox21 collaboration.

Since Tox21’s inception in 2008, the collaborative research team has been testing approximately 10,000 chemicals in about 50 quantitative high-throughput screening assays.