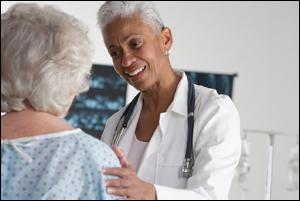 Cardiovascular disease is the number one killer of Americans and people in developed countries throughout the world. Atherosclerosis, sometimes known as “hardening of the arteries,” is the build-up of plaque inside the blood vessels that carry oxygen-rich blood to the heart and throughout the body. The progression of atherosclerosis can lead to serious problems, such as heart attack, stroke, or even death.

While it is widely known that factors such as cigarette smoking and high blood pressure are linked to atherosclerosis and other forms of cardiovascular disease, it is less well-known that long-term exposure to air pollution can also be associated with this disease.

In 2004, EPA awarded a STAR research grant to the University of Washington to study how air pollution affects the development of cardiovascular disease in healthy people.

The Multi-Ethnic Study of Atherosclerosis Air Pollution Study (MESA Air) investigated cardiovascular impacts among more than 6,000 participants over a 10-year period. Participants were healthy at the start of the study, had diverse backgrounds, and lived in nine locations across six states with varying levels of air pollution. The study is anchored on the Multi-Ethnic Study of Atherosclerosis (MESA), initiated in 1999 by the National Heart, Lung, and Blood Institute of the National Institutes of Health.

The MESA Air Study's main theory is that increased long-term exposure to PM2.5 (fine particles less than 2.5 micrometers in diameter) is associated with a more rapid progression of coronary atherosclerosis and an increased risk of coronary events, such as heart attacks.

To test this hypothesis, a host of air pollution and participant health measures were collected and analyzed by researchers at the University of Washington. Along with measuring PM concentrations and variability at the neighborhood, home and individual levels, the researchers obtained data from the national PM2.5 monitoring networks to estimate long-term PM exposure levels for all of the study's participants.

During the course of the study, participants visited medical centers for checkups and specialized imaging studies that measure changes in the arteries. Study locations were:

The MESA Air study has become an important platform for additional studies that have expanded its research scope. Notably, the rich data collected for many cardiovascular endpoints are being investigated in relation to long-term exposure estimates for PM.

MESA Air researchers published major findings in the medical journal The Lancet about the relationship between air pollution and cardiovascular disease:

Significantly, these results define the relationship between air pollutants and the progression of coronary artery disease over time. Understanding this relationship will help estimate the long-term health impacts and economic burden of air pollution within our population.

Additional analysis of the MESA-Air data is under way and more scientific findings will be published in the future.

MESA-Air researchers have authored over 100 scientific publications about the study.

Publications list by the University of Washington (PDF)(10 pp, 140 K, About PDF) Exit