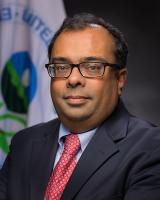 Prior to being named the Deputy Regional Administrator of EPA Region 3 in 2015, Cecil was the Hazardous Site Cleanup Division Director.  He also served as the Acting Deputy Assistant Regional Administrator and the Acting Chief of the Information Systems Branch.  As an attorney, Cecil spent the early part of his career in Region 3’s Office of Regional Counsel, and served in several leadership positions.  Cecil received his B.A. in political science from Adelphi University in 1984 and his J.D. from the New York Law School in 1987.   Cecil and his wife Jeanne are proud parents of three children, Kaitlin, Kelly, and Brian.