About the Deputy Administrator for EPA's Region 10 Office in Seattle

About the Region 10 Office 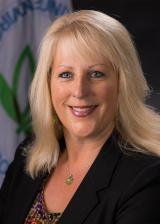 Michelle has been with EPA Region 10 for 33 years and has been in her current position since April of 2008. Before serving the Region as DRA, Michelle was the Director of Region 10's Office of Ecosystems, Tribal & Public Affairs (ETPA). Michelle became ETPA's first director in 2004, guiding its formation and implementation, and charting its strategic direction. Her responsibilities included Public, Tribal and International Affairs; Wetlands Protection; Sediments Management and Ocean Disposal; National Estuary Program; NEPA Review; Environmental Justice; Community Involvement; Children’s Health and Environmental Education. Before moving to ETPA, Michelle served as Associate Director of Region 10's Office of Environmental Cleanup, overseeing both administrative and programmatic operations of the Superfund, Brownfields, and Emergency Response programs. She also served 10 years in the Region's Community Involvement Program, engaging communities in EPA programs and decision making processes.

Michelle has a Bachelor of Arts in Communications from the University of Washington.